Days Out in Cornwall 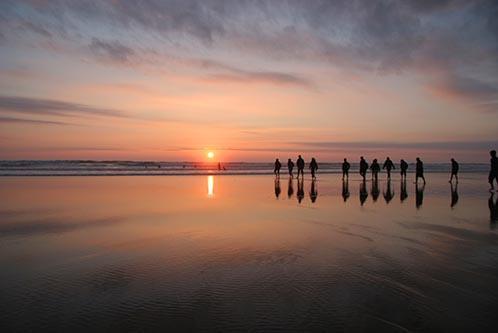 Cornwall – the land of myth and legend, of King Arthur and his knights, the mysterious Men-an-Tol and the remote, wild beauty of Bodmin Moor. The far tip of England has been a popular draw for visitors for centuries, and today there are plenty of things to see and do for modern guests staying at one of our many luxury cottages in Cornwall. If you’re looking for interesting things to do and days out in Cornwall then we have a few suggestions for you that will let you explore the heritage, culture and some of those legends too!

Cornwall has always attracted artists, and the belief is that the quality of the light in places such as St Ives and Falmouth lends itself particularly well to painting. Discover some of Cornwall’s best artists at the Tate Gallery in St Ives, part of Tate Britain and a haven for contemporary art lovers. For something on a slightly grander scale, the Barbara Hepworth Museum & Sculpture Garden (also at St Ives) pays tribute to one of the greatest artists of the 20th Century.

Cornwall is renowned for its country homes, and the spectacular gardens that accompany them. The Lost Gardens of Heligan are a horticulturists’ haven. This stunning garden was ‘rediscovered’ in 1991 after lying underneath a tangle of weeds for over 70 years. Thanks to the expertise and dedication of a team of gardeners, it has now been brought back to life. The spring displays are particularly beautiful, and because of its sheltered position the garden is home to some unusual sub-tropical plants too.

Cotehele House near Saltash is a medieval manor house and one of Cornwall’s grandest. It’s also full of ghosts (apparently!). For a time in the 19th Century, Cornwall was the largest producer of tin, copper and arsenic in the world.  A restored Tamar barge is moored, on the Tamar at Cotehele Quay, showing visitors just how important the river was to move tin and other goods around from the heart of the county, up to Plymouth and then on to the rest of the world.

While most people will immediately think of the iconic tin mines that dominate the Cornish landscape, it was actually the sea that has had the greatest impact on the county. You can see more at the Charlestown Shipwreck and Heritage museum at St Austell (a favourite locations for film companies), or take a stroll around the National Maritime Museum in Falmouth.

One of Cornwall’s best loved landmarks is the open air Minack Theatre at Penzance, where summer performances of classic plays are hugely popular. The tip of Cornwall also takes you to Land’s End and further out to St Michael’s Mount, a spectacular and isolated island that is accessible on foot at low tide, along a causeway that was used by pilgrims for centuries.

And if you’re looking for some of that myth and magic we were talking about earlier, don’t miss the dramatic Tintagel Castle on the North coast – steeped in legend and mystery, it is said to be the birthplace of King Arthur; or head on over to Boscastle to the Museum of Witchcraft for a truly fascinating (if somewhat spooky) experience!

Places to Visit in YorkshireNational Parks of the North of England