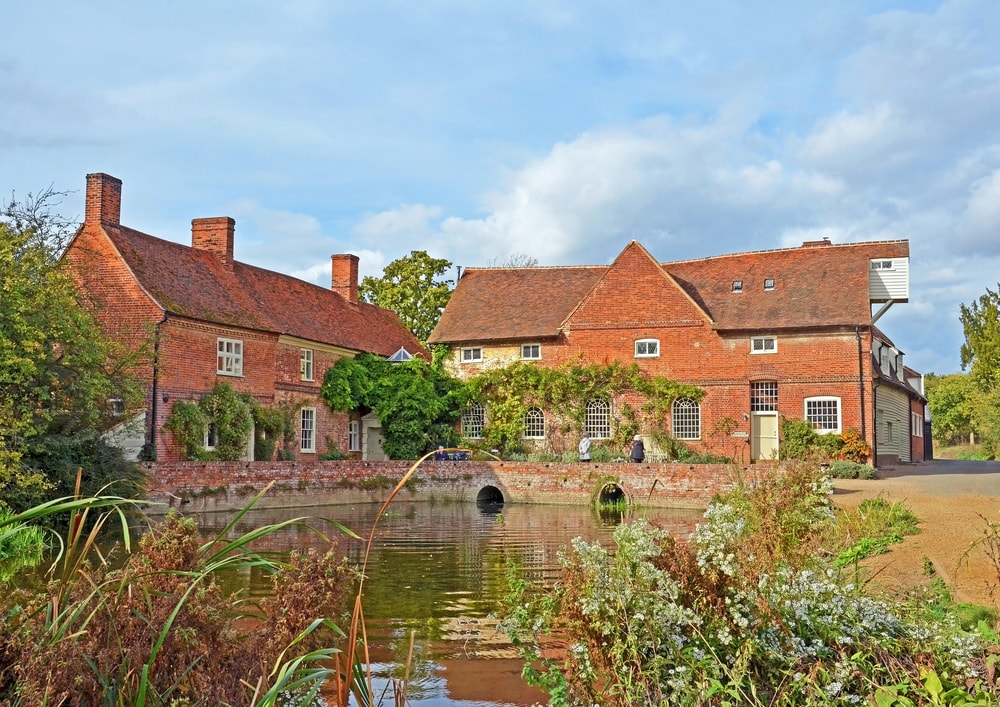 As far as British holiday destinations go, Suffolk is one of the most rewarding and underrated. Picturesque, well-connected and coastal, the county combines stunning landscapes with a host of historic villages. Despite all this – possibly due to its perceived out-of-the-way location on the map – Suffolk’s pull hasn’t always been widely felt outside the boundaries of East Anglia.

For those who do make the trip, it’s the richness of history that makes it stand out. From Sutton Hoo, where momentous Anglo-Saxon discoveries have been made, to Framlingham Castle, which has its origins in the 12th Century, Suffolk is packed with rich heritage.

Kentwell Hall, Sudbury, provides a fitting setting for popular historical re-enactments and events. A spectacular Tudor mansion, Kentwell’s secret garden was named the UK’s 2nd best by The Guardian in 2015. Following a forty year restoration project, the hall now stands as an authentic monument to a bygone age.

As part of Constable and Gainsborough country, Suffolk has a strong cultural history too. In Flatford Mill, you can stand in the very spot the former painted the Hay Wain – while nearby Sudbury houses a superb collection of the latter’s work.

Slightly further afield, the county’s plentiful coastal destinations are well worth a visit. Aldeburgh and Southwold are both listed among the UK’s top seaside locations, with sandy beaches and English holiday tradition that’s spanned the decades.

If you’re looking for bargains, Lavenham and Long Melford are home to an interesting variety of antique shops where you can hunt for treasures, while just over the border into Essex, Colchester’s Roman remains form a central aspect of Britain’s oldest recorded town.

With all of this on offer, it’s safe to say demand for holiday cottages in Suffolk will rise considerably as word gets out, and more money is invested into the region’s tourism. For now though, the county remains one historical treasure that’s yet to be discovered by many.