Top 7 Places to Visit in Northumberland 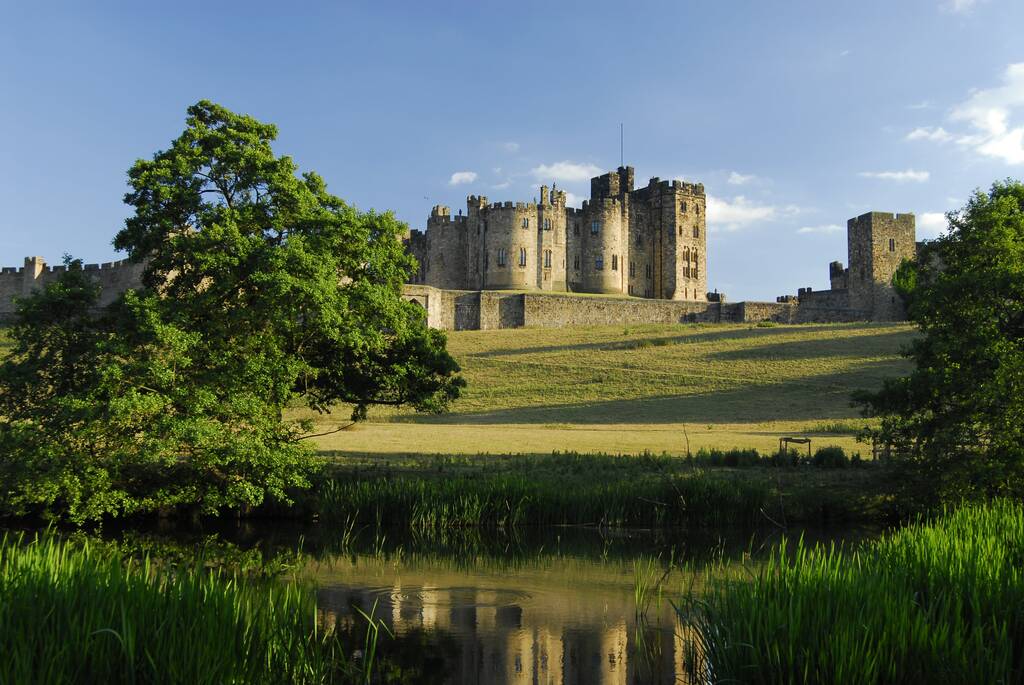 Next Post
From miles of unspoilt beaches and rugged moorland to grand country houses and impressive ancient castles, Northumberland has its fair share of hidden beauty spots - all of which are worth a visit if you are lucky enough to be exploring the area!

So if you are searching for a place that offers a bit of everything, look no further. Here's a list of the top 7 places to visit in Northumberland:

A place of pilgrimage and founding centre of Britain's Christian heritage, Holy Island is the final destination of one of Scotland's Great Trails. Home to the popular activity of fishing, many consider it to be a most sacred place of Anglo-Saxon England, and enjoy its rich history and spectacular landscapes. Legend has it, it was perceived sinful for fishermen to send their boats to the junkyard, so instead they transformed the boats into storage sheds for their fishing tools! Timing is of the essence though - the sea often hides the path. You probably won't see any of the Vikings that once ransacked these shores, but you often can see red wings flying to and from Scandinavia... 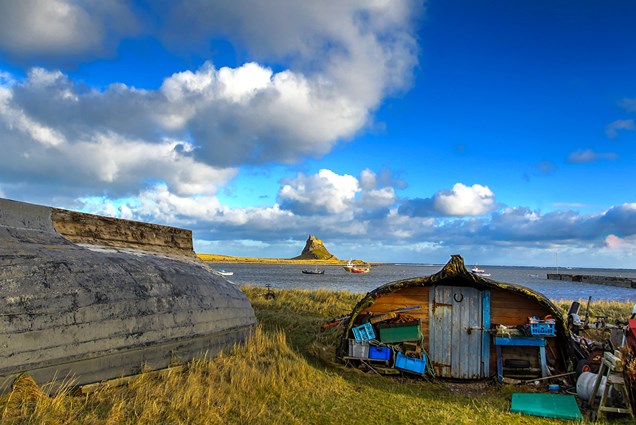 Find one of the famous Lindisfarne boat sheds on Holy Island during your visit to Northumberland.

Between Hadrian's wall in the north and the ancient castles on the coast, there are thousands of years of history to uncover in Northumberland - including a site made especially for history buffs - Hadrian’s Wall. This Bucket List destination was originally built as a divide between England and Scotland to protect the Roman Empire. However, the wall itself has given rise to other historical attractions, such as Poltross Burn Milecastle – one of the few remaining milecastles to be found along the Wall. Make sure to head to one of the oldest examples of Roman civilisation at the Temple of Mithras in nearby Carrawburgh. 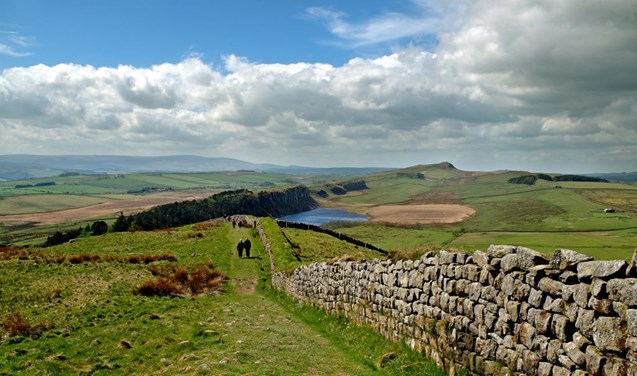 Uncover years of fascinating history during a visit to the World Heritage Site of Hadrian's Wall.

Embleton is probably best known for its beautiful beach - Embleton Bay, which won Countryfile's best beach in the UK 2017. Embleton Bay is a picture-perfect, sweetly curving beach, with ruddy-gold sands. A stroll along the beach will lead you to the iconic and skeletal-like ruins of the magnificent Dunstanburgh Castle, one of the most striking and evocative medieval castles in England which dominates one of the most stunning stretches of Northumberland coastline. 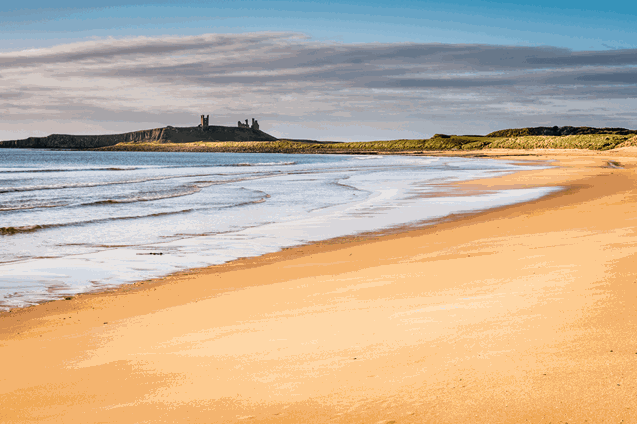 Stroll along the superb beach and dunes at Embleton Bay within the Northumberland AONB.

4. NORTHUMBERLAND NATIONAL PARK - BY DAY AND BY NIGHT

Northumberland National Park is one of the most expansive national parks in the UK and, by night, becomes the largest Dark Sky Park in Europe. With almost no light pollution, there is no better place to enjoy unparalleled views of the cosmos - you can sometimes see the Andromeda Galaxy overhead (2.5 million light years away) along with meteor showers and the Northern Lights! A number of nocturnal events also take place throughout the year. By day, the park is a haven for walkers, cyclists and wildlife enthusiasts who are free to discover its wide skies, picturesque views and interesting history. 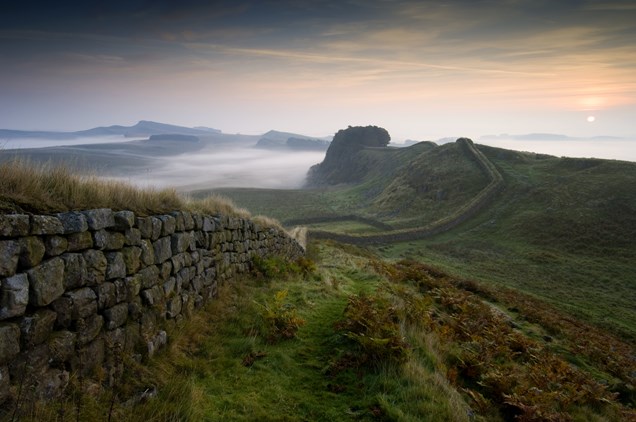 Discover the most tranquil place in England.

Northumberland has more castles than any other county in England, with over 70 castle sites in total! Lindisfarne Castle is one of the most scenic visitor attractions located in Northumberland. The romantic, 16th-century castle offers gorgeous views, and glorious grounds which welcomes four-legged family members for walkies (please remember that dogs aren't allowed inside the Castle itself). Film fanatics will enjoy visiting Alnwick Castle - the location used for Hogwarts in 'Harry Potter and the Philosopher's Stone' and 'Harry Potter and the Chamber of Secrets.' The Castle has also been featured in other famous films, including 'Robin Hood: Prince of Thieves', and 'Elizabeth'. The iconic castle also starred as the Brancaster Castle in two Christmas specials of renowned drama series Downton Abbey! Also adding to a good day out are Northumberland's most dramatic ruined castles... Dunstanburgh Castle, wrapping around Embleton Bay, and the majestic Bamburgh Castle, once a Norman stronghold, that offers outstanding views over the Northumberland coast. 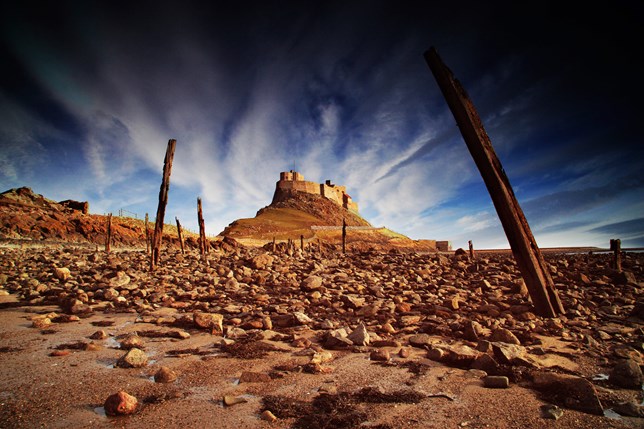 Spend the day uncovering the history behind the iconic Dunstanburgh Castle with friends and family.

Did you know that Cragside was the first house in the world to be lit by electricity? This grand Victorian country house is the premier National Trust property in Northumberland, and has dreamy gardens and peaceful woodland which are brought to life each morning by the sweet sound of birdsong. Pay a visit to this hidden gem near the town of Rothbury, and explore the home of the world’s earliest hydroelectric power generator! 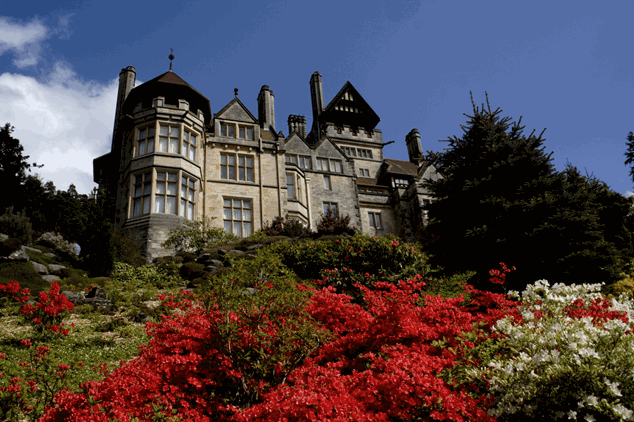 Take a tour around the first building in the world to be lit by hydroelectricity.

Berwick is the most Northerly town in England, located on the mouth of the Tweed River. The town is famous for its Elizabethan Walls, thriving culture scene, beaches, iconic bridges and wildlife. Admire the fantastic sight of the Royal Border Bridge, an impressive Victorian structure crossing the River Tweed. Or head to one of the many pubs or top-notch restaurants in Berwick-upon-Tweed which make for fabulous pit stop during days of adventure seeking. For a bit of history why not head to Berwick Castle, built in the 12th century by David I of Scotland, and now open to the public to explore. Premier Cottages has a range of luxury holiday cottages located near to Berwick-upon-Tweed, which you can view here. 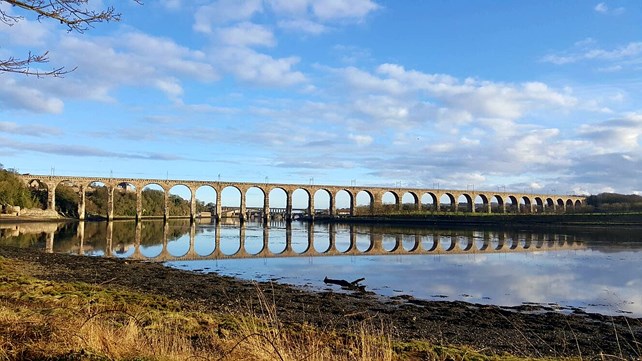 A trip to Northumberland isn't complete with a visit to the charming town of Berwick-upon-Tweed.

Stunning views as far as the eye can see, and an abundance of noteworthy attractions make Northumberland a perfect location for your next luxury getaway. So why wait?

Premier Cottages has a variety of luxury holiday homes in Northumberland, which you can view here.