TV and Film Sets in Cheshire 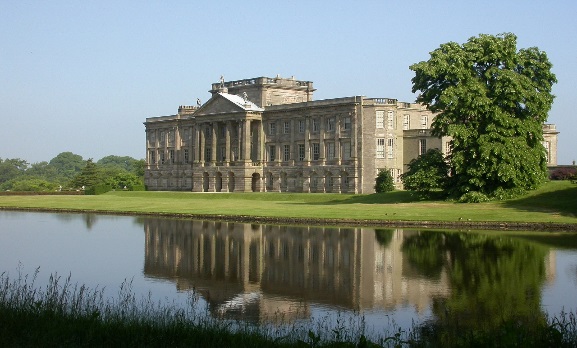 Channel 4’s “The Mill”, which has now had a second series, was filmed in Cheshire. Filming took place at Quarry Bank Mill, a National Trust Property which is well worth visiting to experience what life was like for the mill workers during the industrial revolution.  The Mill was built in 1784 By Samuel Greg and his wife Hannah, who also built the Apprentice House to house the pauper children who worked in the mill, and Styal village to house the mill workers.  In the mill itself, you can see the looms in action and hear the noise, and you can imagine the life of the mill workers during Britain’s industrial revolution and the fight for workers’ rights. https://www.nationaltrust.org.uk/quarry-bank/features/the-apprentice-house-at-quarry-bank

If you enjoyed watching the recent BBC production of “Our Zoo” based on George Mottershead and his family, who founded Chester Zoo in 1931, then you must visit Chester Zoo, the UK’s number one zoo, which has over 400 species in 110 acres.  Chester Zoo has the biggest orang-utan enclosure in Europe and the UK’s largest zoo-based butterfly house.  One of the latest arrivals at the zoo is Zahra the baby giraffe!   http://www.chesterzoo.org/plan-your-visit

Filming of ITV’s “Home Fires” has just finished in Bunbury, the setting for this World War 2 drama about women banding together in the village during the war as the Great Paxford Women’s Institute.  Filming took place in the village and surrounding area, with local villagers employed as supporting actors.

Remember Colin Firth‘s (Mr Darcy) iconic lake scene in the 1995 adaptation of Pride and Prejudice, where he emerges from the lake in a dripping white shirt?  This was filmed on location at Lyme Park which became “Pemberley”. The house dates from the 16th Century, but had its heyday in the Edwardian era.  Lyme Park has also been used in two BBC’s “The Village” drama series, set 1914 to 1920s. http://www.nationaltrust.org.uk/lyme-park/

Disney Channel series “Evermoor” was filmed at Arley Hall and Great Budworth. This is the setting for the story which chronicles the arrival of American teenager Tara Crossley and her family to a spooky village – Evermoor – and Evermoor Manor, which features magic tapestries, suspected murders, mystical typewriters and more! http://www.arleyhallandgardens.com/

These are just a few of the things you can do in Cheshire, which boasts a wide range of attractions, scenery, gardens, industrial and cultural heritage, and activities to suit all interests and budgets. Why not come along and discover all Cheshire has to offer for yourself.

With thanks to Ivor & Lyn Williams, Kerridge End Holiday Cottages