Places to visit in Cambridgeshire 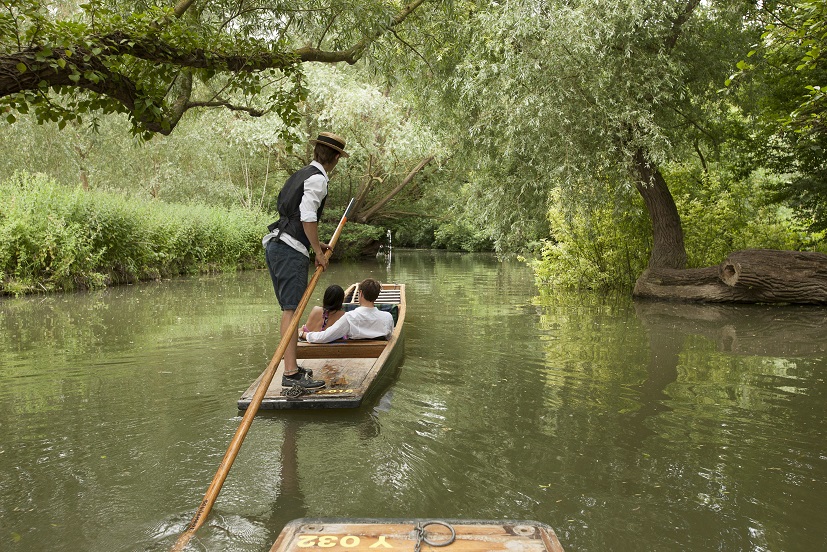 Cambridgeshire is an East Anglian county known as much for its flat and low terrain as its esteemed academic reputation. But look a little closer and you’ll also find charming, historic towns and villages, and picturesque waterways to wander along. Here are our places to visit in Cambridgeshire.

The Colleges of Cambridge University

The main settlement of Cambridgeshire is of course the compact university city of Cambridge. The university is actually made up of more than 30 separate colleges, some of which date back to the 13th century, and many of these are housed within particularly historic and attractive buildings that are well worth a visit. Highlights include:

King’s College – A grandiose cathedralesque building by the river, King’s is perhaps Cambridge’s most iconic sight. The college has its own chapel, and was founded by Henry VI.

St John’s College – Established in the 16th century, St John’s is also an impressive large building, and some of its alumni played central roles in the abolition of the slave trade.

The River Cam actually takes its name from the city through which it flows, and was originally known as the Granta. The river wends through the county on its way to the North Sea, and if you’re visiting in summer then it’s well worth hiring a ‘punt’ (a long, narrow river boat propelled via a pole).

Ely may be a relatively small settlement, but its grandiose cathedral has given it city status. Though its foundation goes all the way back to the Dark Ages, much of the modern cathedral is of Norman origin.

The Imperial War Museum in Duxford houses one of the most impressive collections of aircraft and other military vehicles in the country. Highlights include iconic World War II aircraft like the Supermarine Spitfire, Hawker Hurricane and the American B17 Flying Fortress. Keep an eye out for the regular air shows that take place there.

Home to a sizeable population of wild Konik ponies, the wetlands of Wicken Fen are the National Trust’s oldest nature reserve and is home to more than 8,500 species of wildlife and plant.