7 of the UK's Top Coastal Locations 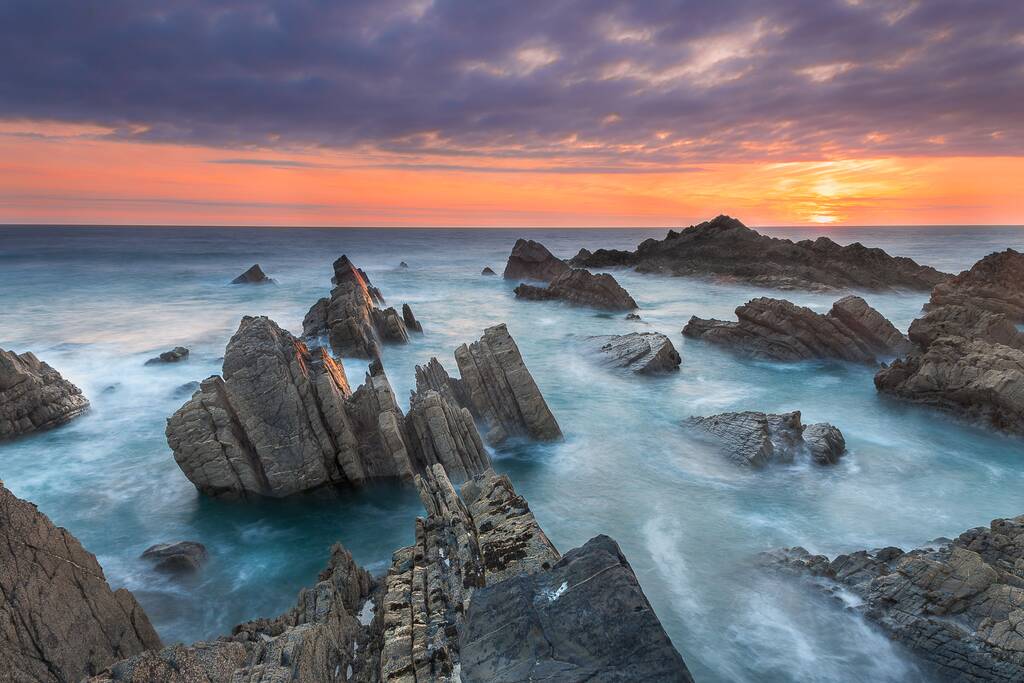 From the dramatic, rocky cliffs of North Cornwall to the wide-open beaches of Norfolk, the UK coastline is a stunning combination of incredible views, family-friendly seaside towns, exhilarating walks and historic sites. Travel down to the south west of England and you’ll find the Jurassic Coast, an UNESCO heritage site and one of the most ancient landscapes in Europe. Head up to Sussex and you’ll come across vibrant seaside towns developed by the Victorians like Brighton and Hove, that still draw the crowds in today.

So if you’re planning to escape to the coast for a luxury cottage holiday, where are the top seven destinations? Here is our selection of some of the UK's best coastal locations:

The rugged beauty of Bude’s north Cornish shore or the broad, sandy and family-friendly beaches of Newquay, Carbis Bay and Watergate Bay, Cornwall, with its history of smugglers landing on its 433 miles of coastline represents the ultimate choice for great coastal cottage holidays. This ancient Celtic peninsula is also home to historic gardens, ‘Poldark’ mines and the highest concentration of Bronze Age sites in Europe at Bodmin Moor. After walking over dramatic landscapes, ramblers can reward themselves with Cornish fudge and cream tea comforts. 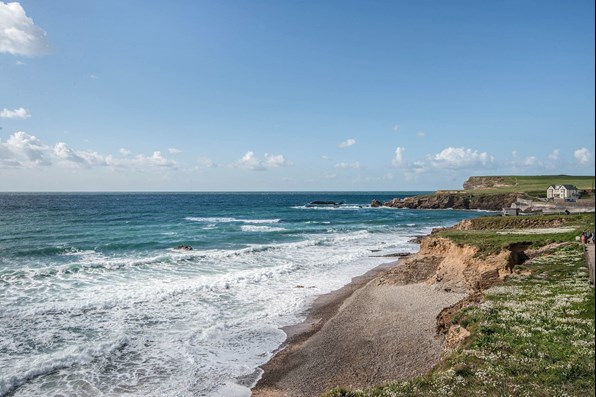 Discover the beauty of Bude's cragged coastline from your luxury holiday cottage in Cornwall.

Devon is caught between two beautifully contrasting coastlines - from Woolacombe on the the craggy north, and the gentler south - to the balmy climate of Torbay and Dartmouth, offering dramatic cliffs and golden sands. This gorgeous part of the UK is intrinsically linked to the sea, and its entire history and culture has a maritime feel. The only thing that’s missing is you! 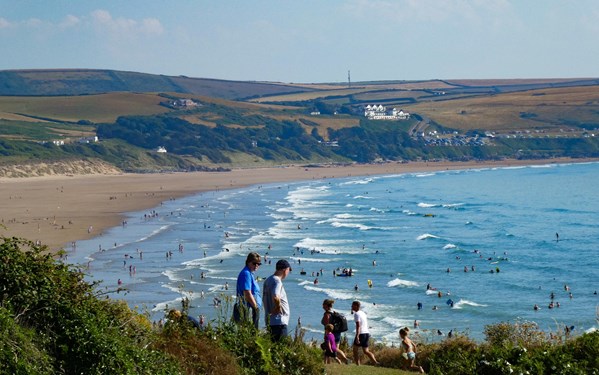 Take in stunning coastal scenery at this gorgeous, award-winning surf spot on a family day out.

Dramatic, wild and truly stunning, England’s most northerly county is home to a very special coastline that has seen everything from Viking raiders to Second World War enemy fleets in its time. Today, things are a little quieter, but the unspoilt beauty of this coastline is a gem just waiting to be discovered... 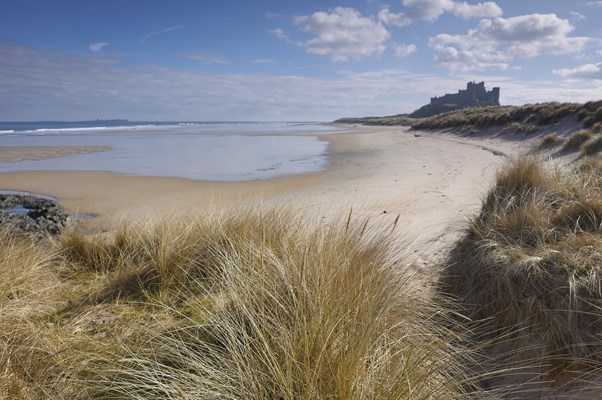 Relax and enjoy some of the finest seascapes in the UK during a stroll along the Northumberland Coast AONB.

On a clear day you can see the magnificent Lake District to the north and the tip of Wales to the south. Morecambe Bay is a huge, sandy expanse that covers over 120 square miles. Around the Bay is the rolling Lancashire countryside, and for a family day out Blackpool is just up the coast. The Bay has also become quite known for its stunning sunsets! 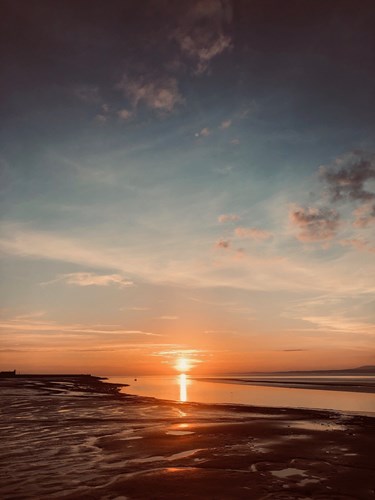 Witness the sun cast its orange haze over the sea at Morecambe Bay, one of the most beautiful bays in Britain.

Travel as the crow flies from Morecambe Bay to the opposite side of the country and you’ll come to the beautiful North Yorkshire Coast. With historic towns such as Whitby to explore, and miles of fantastic hiking and walking paths, this is the perfect destination if you want to get out and about. 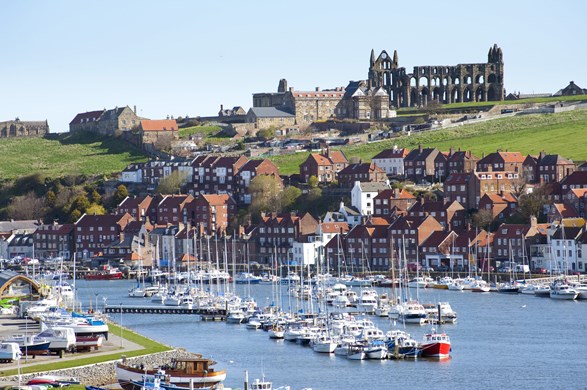 See some stunning sights and treat yourself to sumptuous fish and chips after a waltz around the seaside town of Whitby.

The Pembrokeshire Coast is a place of weather-worn cliffs, sheltered coves and breathtaking beaches, where you may see blue whales, Risso dolphins and puffins, Its Coast Path is rated one of the world’s top three long-distance walking routes, and passes by the popular Poppit Sands. Here you can also find the Gwaun valley, a remnant of the ice age, formed by meltwater long ago. A few miles north of Newport you can find Castell Henllys fort, originally built over 2000 years ago during the Iron Age. 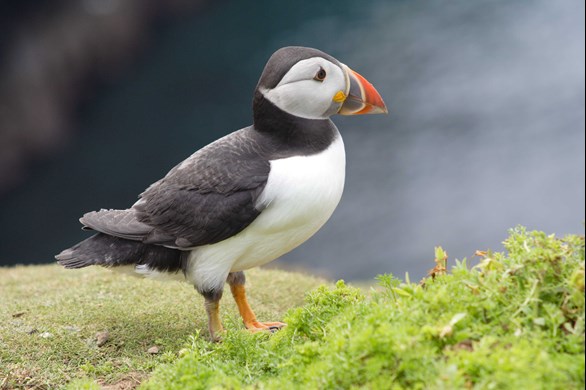 Spot handsome puffins at Skomer Island on the Pembrokeshire coast.

Just an hour from London by train brings you to the Hampshire Coast, including the great naval bases of Southampton and Portsmouth. Travel just a few miles inland and you come to the south’s great open expanse, the New Forest. With great attractions such as Beaulieu Motor Museum and Chessington World of Adventures close by in Surrey, the Hampshire Coast has lots to see and do. 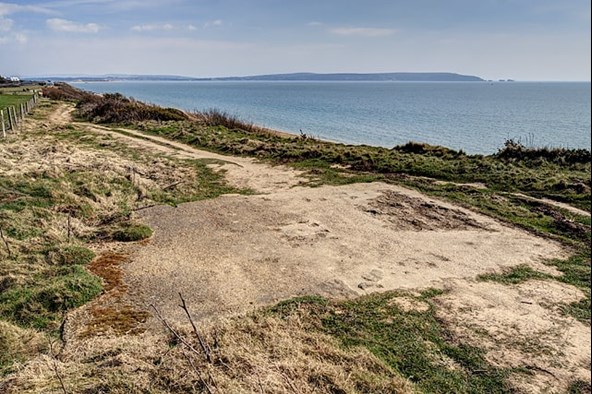 Explore the WWII coastal defences of SW Hampshire. Photo copyright of Mike Searle and licenced for reuse under this Creative Commons Licence.

With such a large variety of jaw-dropping coastal locations - a majority of which are easily accessible, the UK is an obvious choice for a staycation.


Premier Cottages has a variety of luxury holiday cottages in coastal locations across the UK.